Posttraumatic stress disorder (PTSD) is a mental disorder that can develop after a person is exposed to a traumatic event, such as sexual assault, warfare, traffic collisions, or other threats on a person’s life.[1] Symptoms may include disturbing thoughts, feelings, or dreams related to the events, mental or physical distress to trauma-related cues, attempts to avoid trauma-related cues, alterations in how a person thinks and feels, and increased arousal. These symptoms last for more than a month after the event. Young children are less likely to show distress but instead may express their memories through play. Those with PTSD are at a higher risk of suicide. Most people who have experienced a traumatic event will not develop PTSD. People who experience interpersonal trauma (for example rape or child abuse) are more likely to develop PTSD, as compared to people who experience non-assault based trauma such as accidents and natural disasters. About half of people develop PTSD following rape.[2] Children are less likely than adults to develop PTSD after trauma, especially if they are under ten years of age. Diagnosis is based on the presence of specific symptoms following a traumatic event.
Wikipedia link: https://en.wikipedia.org/wiki/Posttraumatic_stress_disorder 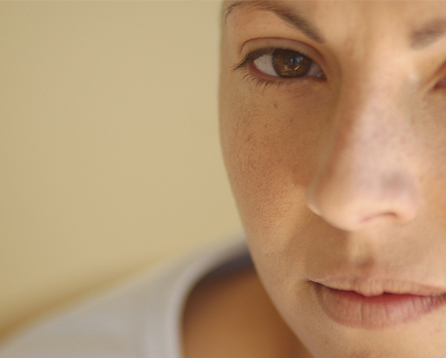